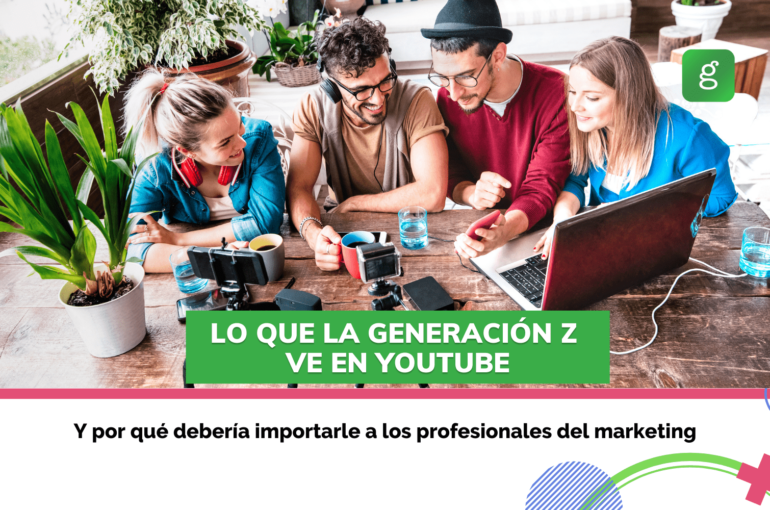 Generation Z, that is, those born between the mid-to-late 1990s and early 2010s, have recently become the largest generation in the world. One of the main goals of youth culture is to create an identity and to do so, style is their tool of choice. This is clearly seen on YouTube, as videos that talk about styles get millions of views. Each belongs to a type of aesthetic that includes a class of music, fashion, design and a main identity.

To connect with Gen Z, marketers need to understand how they use online content to shape their identity. That is why in this note we tell you which are the 4 most successful aesthetics on YouTube, each of them exceeded 5 million views.

1) Cottagecore: a simpler way of life

It is a rural aesthetic composed of a handmade fashion, candles, flowers and earth tones. It became popular among Generation Z during 2020 when videos with the word “Cottagecore” in the titles reached up to 50 million views. Since then, his recognition has been on the rise.

This aesthetic is a mix of Victorian and high school fashion. Young people who acquire this style want to be considered students and, at the same time, be prepared to solve crimes at night. The whole of Dark Academia is reminiscent of a gothic college murder novel.

We could say that it is similar to the style of the Dark Academy aesthetic, although its main difference is that, instead of trying to look like students, in this case the young people seek to resemble royalty. The Crown series and the Marie Antoinette movie are believed to be the source of inspiration for this aesthetic.

4) Y2K: nostalgia for the beginning of the millennium

It is strongly inspired by the fashion of the late 90s and early 2000s. This style chosen by some young people of Generation Z has many variants. Some are inspired by boy bands and others by Paris Hilton.

Why should the most successful aesthetics for Gen Z matter to marketers?

We have only shared an overview of some of the most popular styles, but there are many more alternatives to discover, which are shaping the identities, ideas and interests of the largest generation on the planet. For marketers to truly connect with Gen Z, it’s important to understand what defines them, and aesthetics are a big part of that.

6 aspects every e-commerce should consider

Digital transformation: 3 mistakes not to make